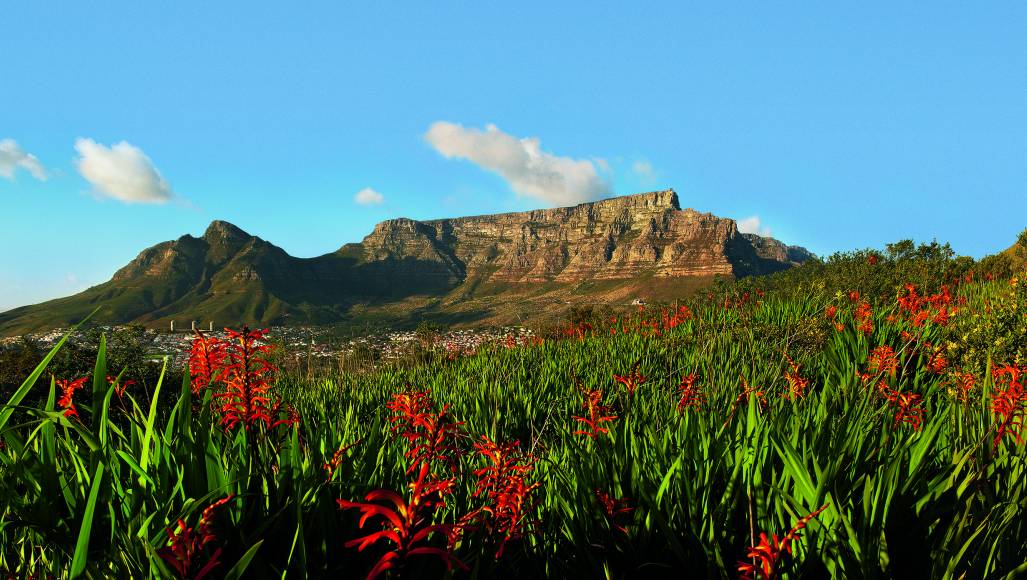 The Mother City is certainly not short of unique and breath-taking attractions for both visitors and locals alike. View our list of top natural and historical Cape Town Central Attractions below.

Undoubtedly the ultimate symbol of Cape Town, Table Mountain has to be experienced in person. Whether you’re the physically active type to climb up via one of the many hiking trails, or one to enjoy the more leisurely route via the Aerial Cableway, you have no excuse not to visit this 7th Wonder of Nature. The cable car is open dependant on weather, so it’s always a good thing to check the Table Mountain website before planning your trip to the iconic peak. Rates are seasonal and tickets can be purchased online for either one way or return trips. Once at the top, enjoy a delicious meal and refreshments at the Table Mountain Café where you can choose between a variety of tasty options.

Signal Hill is another prominent mountainous landmark that is adjacent to the Lion’s Head mountaintop. For the history buffs, one can enjoy the firing of the famous Noon Gun, which happens every day except Sundays and public holidays. The Noon Gun (which is actually a cannon) has fired more than 62 000 times since 1902. Half an hour before the firing of the
cannon, the SA Navy, which owns the Lion Battery, does a presentation of the history of the Noon Gun. It’s a wonderfully informative experience for visitors of all ages. If naval activities don’t rock your boat, then why not explore Signal Hill from a purely aesthetic perspective. We recommend packing a picnic basket, a blanket and enjoying the sunset with a sundowner of your choice. 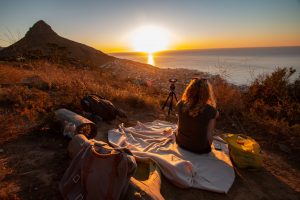 A popular attraction for tourists, Lion’s Head is the perfect spot for city-viewing and hiking. This peak is part of the Table Mountain National Park and received its name during the 17th century when Dutch settlers referred to it as Leeuwen Kop (Lion’s Head). A memorable recreational activity is the full moon hike where the city can be experienced by moonlight with fantastic views of the glittering city below. Or for those interested in more of an adrenaline rush, it’s also the launching pad for activities such as paragliding and hang-gliding. 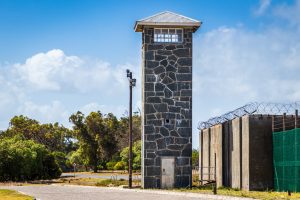 Anyone who knows of with South Africa’s former president Nelson Mandela, will know of this prison-island where he spent 18 of his 27 years of his imprisonment as a political activist. Now a World Heritage Site and home to the Robben Island Museum, it is a popular destination for tourists and locals alike. Visitors can enjoy a guided tour and view the very cell that Nelson Mandela and many other famous political prisoners were held. Aside from the prison, Robben Island is also an important breeding area for the colony of African Penguins that now reside there. One of the highlights is of course reaching the island, which can be done so via an enjoyable ferry ride from the trendy V & A Waterfront – a perfect departure point to explore in and of itself.

District Six Museum, situated within the City Bowl, is an important memorial to a difficult part in South Africa’s history. During the Apartheid era, the National Party declared District Six as a purely ‘White Group Area’ in 1966 which resulted in thousands of residents (predominantly non-white people) being forcibly removed to the Cape Flats. The museum refers
to the area as originally “a mixed community of freed slaves, merchants, artisans, labourers and immigrants”. Today, the museum serves as reminder of and testament to how far we’ve come as a nation. 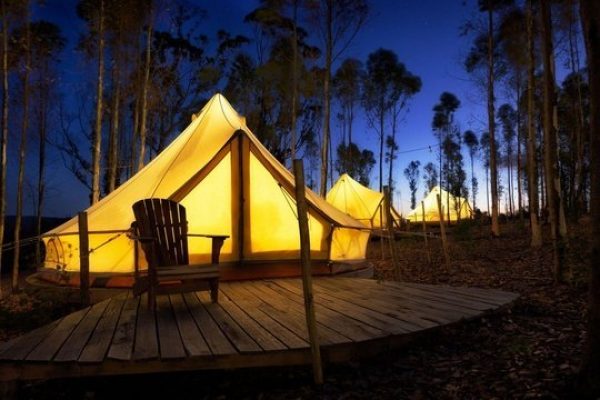 Life, especially for those who live in metropolitan cities, can be full of stress, from the everyday hustle and bustle, jumping buses to commute to work, traffic, noise, pollution and more can be oftentimes destabilizing. In such an environment, there is a need to find a way to relax,

Cape Town has a rich history spanning a four century-long turn of events making it the foremost city on the African continent it is today. Enjoy Historical Experiences in Cape Town. The Mother City is replete with museums, memorials, and monuments which give credence to its dynamic past. The 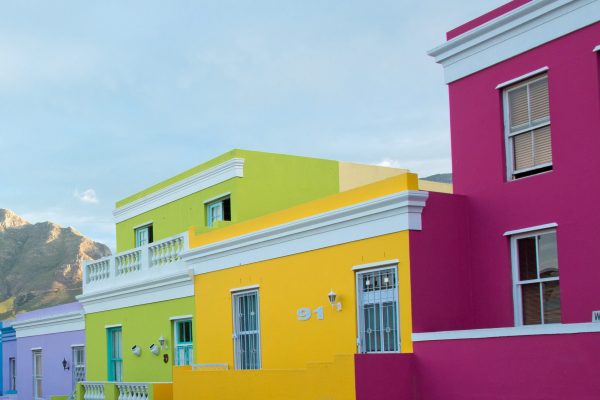 Capetown undoubtedly is one of the top cities for tourism and should sure be on anyone’s tourist destination list. From the beautiful ambiance to the weather, mountains, oceans, and amazing scenery, you sure bet Capetown is the place to be. There are a lot of Must See and Must

Stay up to date